After sitting on the fence for almost four years, we decided to take the plunge and retire to PEI.

Never in our wildest dreams did we ever think that at our age we'd retire to PEI let alone open a BnB and work from home building a website business about Prince Edward Island (with SBI).

We had lived in Ontario for over 60 years!

Reading our story might help you make the right decision for yourself if you are contemplating visiting or moving to this sweet little province.

Love of the Island


My love of PEI began when I was a young girl of just eleven years old.

Friends of my parents offered to take me to visit their relatives and explore the three Maritime Provinces of: Nova Scotia, New Brunswick, and Prince Edward Island.

I was thrilled to be able to go.  It was an experience I never forgot.

My Favourite Province was PEI


I loved the smell in the air at the beach when the tide rolled out. 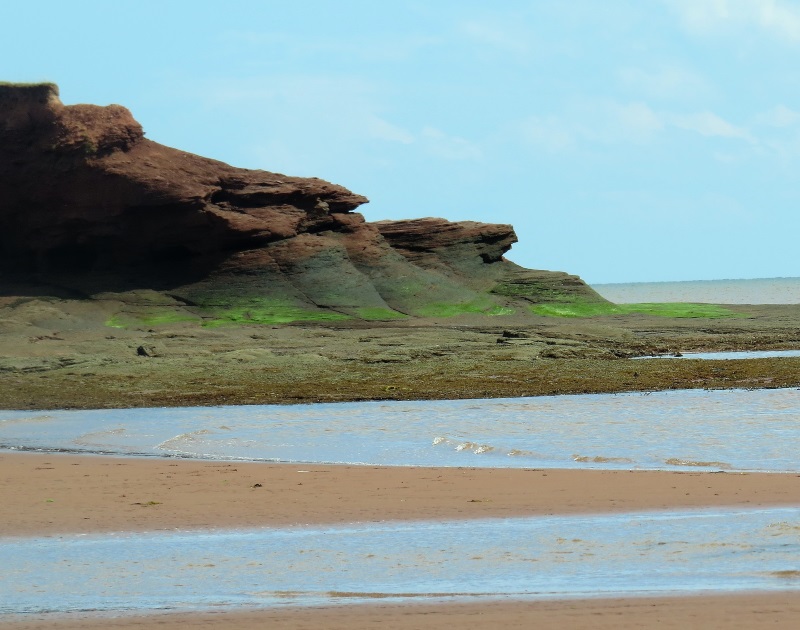 Cliffs at Canoe Cove When the Tide is Out
(Canoe Cove is only a 7 min. drive from our Bed and Breakfast)

I remember feeling the salty ocean breeze on my face as I climbed the rocks grabbing onto slippery seaweed that clung to the red cliffs.

I had so much fun combing through the sand looking for washed up treasures and critters.

I spent countless hours putting sea urchins and star fish back into the water trying to save their tiny lives.


I recall playing with a live lobster inside the front porch of our host's home then eating the poor thing for supper that night. (The lobster, not the host that is...lol).

I felt sad that we cooked up our playmate for dinner but boy did I acquire a taste for lobster pretty quick! 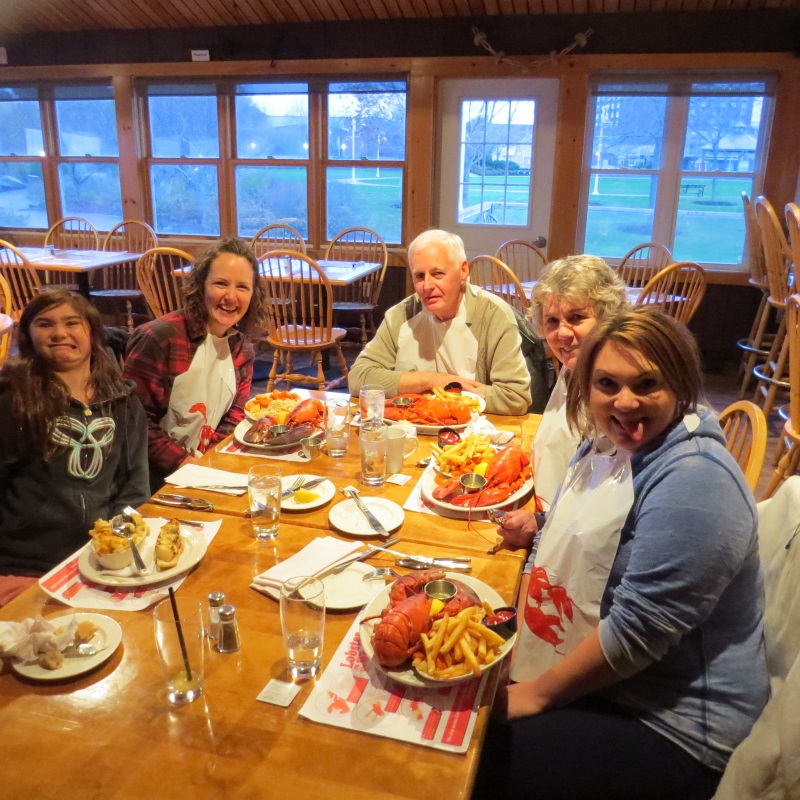 I have vivid memories of picking wild blueberries in the open fields and discovering dried up snake skins stretched across the rocks as I gathered my fruit.

There was so much to explore that I never wanted the days to end. I was one happy girl.


Over the years I often thought of the East Coast and my joyful experience there.

I always thought I'd like to visit again but I never really pursued that desire until just a few summers ago when my husband and I visited the island for a summer vacation.

We took three weeks traveling from Ontario through New Brunswick to Nova Scotia and then on to Prince Edward Island.

We were really enjoying our leisurely trip and chatted incessantly about how we might like to move to Nova Scotia and retire there some day.

We even checked out a few places for sale in N.S.

Miles and Miles of PEI Beaches


We eventually ended up crossing the Confederation Bridge into Prince Edward Island.  Wow!

As soon as we entered PEI we immediately felt different.

Although we really liked Nova Scotia, Prince Edward Island had a different "aura" about it.

We followed the Coastal Drives exploring each little nook and cranny.

Many dirt roads we ventured down led to a beautiful sandy beach.

We had never seen so many miles of beaches anywhere before. Certainly not in Canada!

Most of which were entirely void of people.  Many days we were the only ones on the beach! 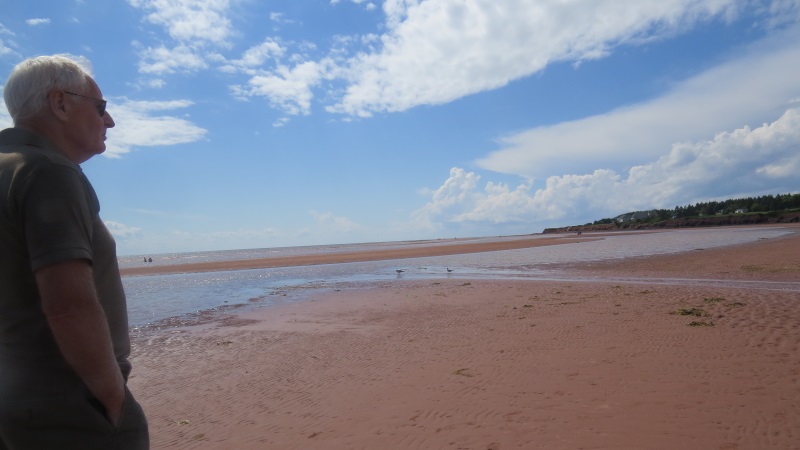 Roger overlooking Canoe Cove Beach. Hardly anyone there that day.

We found many quaint restaurants where we usually chose yummy fish and chips from the menu.

It was a trip we didn't want to end but we would soon be back! 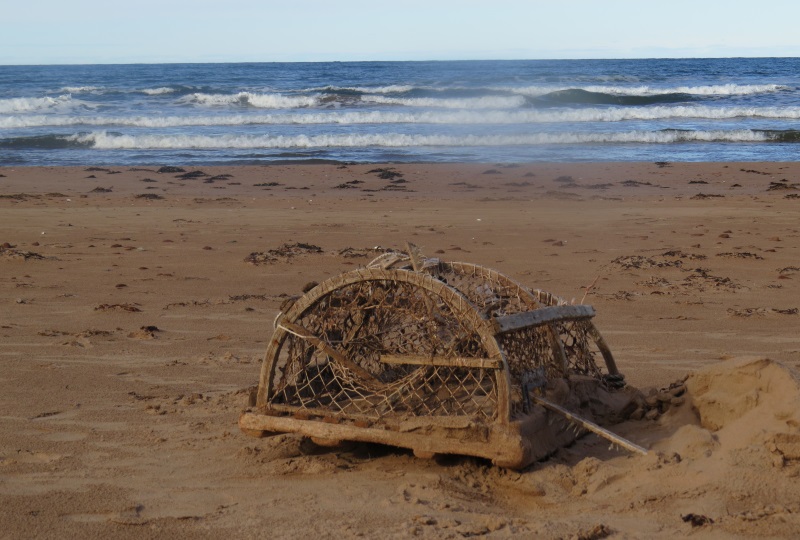 We Found this Lobster Trap Washed Ashore on a PEI Beach

Our Decision to Retire to PEI

It was feeling more and more like home to us and so we started making serious plans to retire to this awesome little Island.

In September of 2016, we purchased a house in PEI that we are planning to turn into a Bed and Breakfast.

We moved here with our dog, parrot, cat, and rescue sparrow.

Caution:  Object in the mirror is closer than it appears... 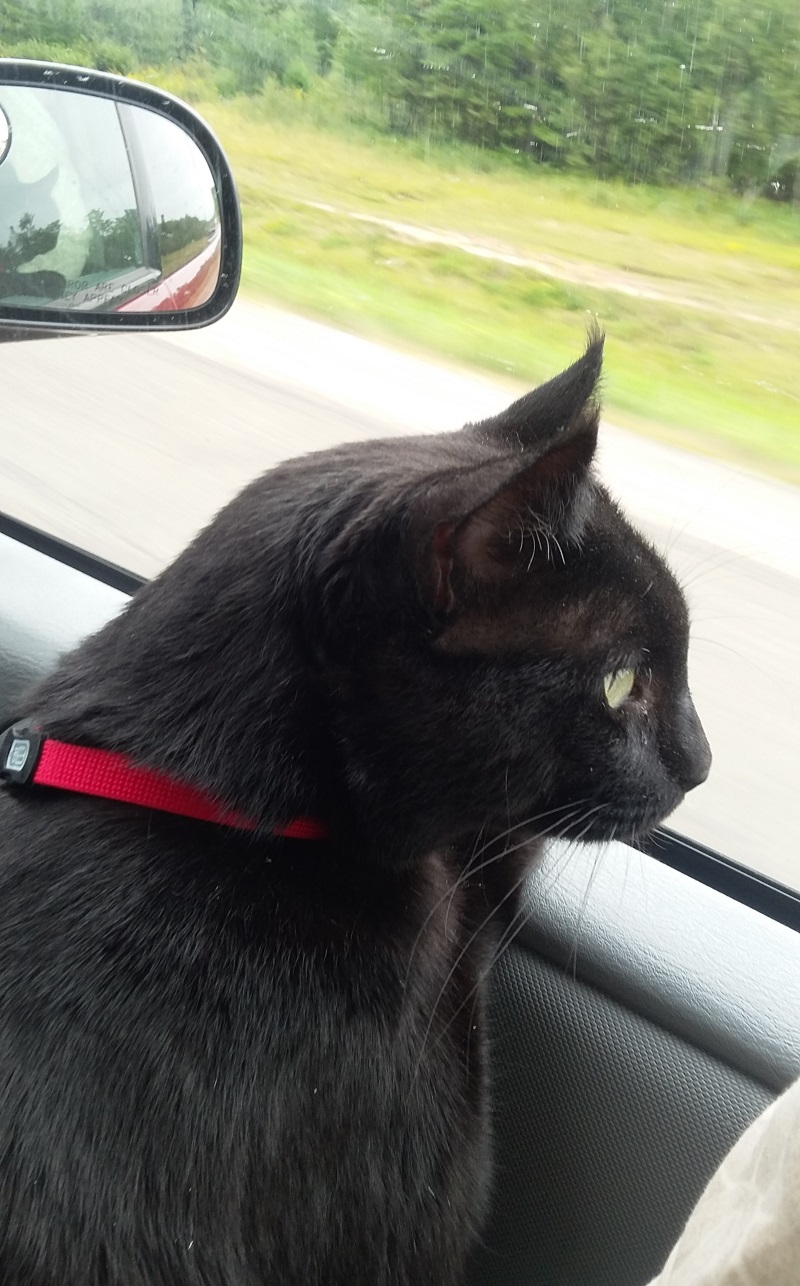 Our cat "Fat Max" on his way to PEI

Since then, we've added another dog, fourteen bunnies, a chicken, and two ducks to our barnyard critter collection.

(Don't worry. That doesn't happen to everyone who moves to Prince Edward Island!  lol )

Although it was VERY difficult to leave family, friends, and our church, we are happy that we made Prince Edward Island our forever home "this side of Heaven". 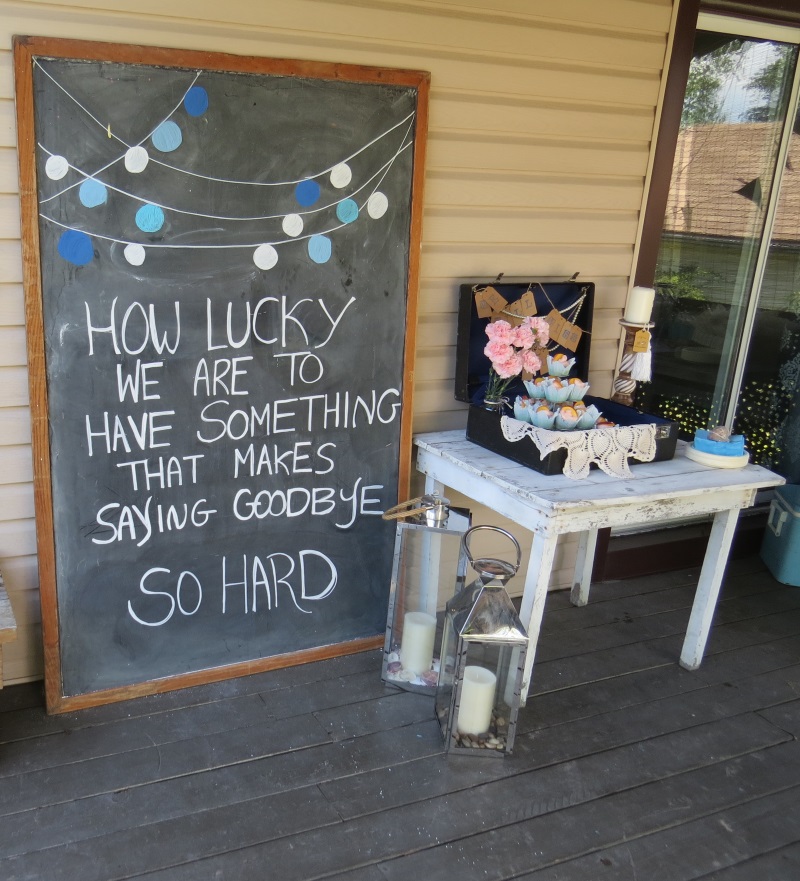 Our daughters made this sign for our going away party.

Why Retire to PEI?


I asked my husband, Roger, if he'd write a little blurb about how he feels about retiring to Prince Edward Island.

Having seen Canada from coast to coast gives you a pretty good idea of what is available. Therefore when deciding on where to live you must be attracted to something you like.

The magnetism of PEI started to work on me way back in 1973 on my first visit to the island.

One of the things that attracted me was the tranquility.

Also, the vast fields of red dirt which produce an abundance of potatoes, the quaint little villages, and all the little ports from where fisherman can fill their boats with the bounty of the sea.

After I retired we started to have the itch to move away from Niagara Falls.

In 2014 we came back to the island to see if it still had all the attractions we remembered.

Well, the calling was instant.

That's when we decided to retire to Prince Edward Island and start looking for PEI Real Estate.

In September of 2016 we bought a house and joined the "slow pace of life" that all islanders enjoy. 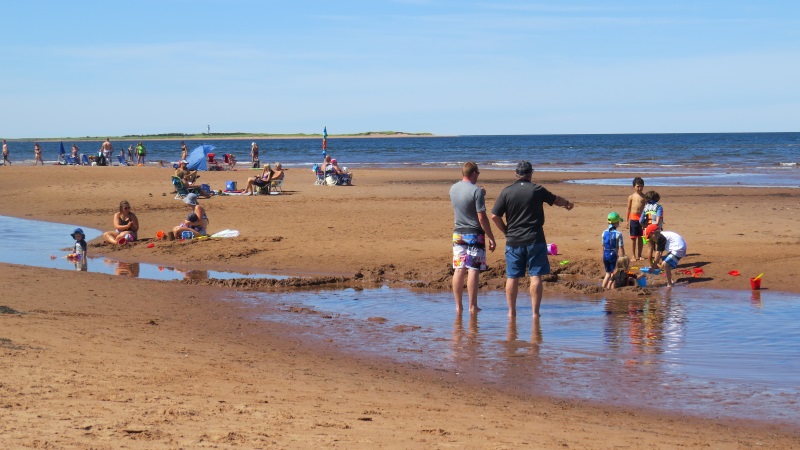 Some Islanders and Tourists Hanging out at Thunder Cove Beach


We hope that our Prince Edward Island website will be a blessing to you and that you will find the information you are searching for whether you are contemplating a visit, planning a move, or wanting to retire to PEI just like we did.


Want to Share Your Thoughts on Living in PEI?

Read What Others Are Saying About Living in PEI

Click below to see contributions from visitors to this page...

Paul & Susan
We live in BC. We need to expand on our beautiful Canada. We are thinking of retirement in PEI. We had hoped to have an extended holiday this …

We are almost certain we are making the move to PEI.
We are 6 months to a year off of retirement and are seriously thinking about moving to PEI. The wide open space and no hustle and bustle so the quietness …

My Dream to Move to P.E.I
I have a strong sense of draw to retire in PEI. It started several years ago. My husband and I go back every year hoping each year that passes is one …

Relocating to PEI?
My husband & I are seriously considering a move to Prince Edward Island this year. We are retirees - no children - currently living in rural Ontario. …

Thinking of Retiring on PEI
My wife and I are looking for land to buy on PEI. We want to move from Newfoundland to another Atlantic province when we retire and PEI is on our wish …

Needed Income for Retirement
Hello, I am also an Ontarian who wants to retire to the Island. I understand the pull of the Island. It has really grabbed a hold of me and more … 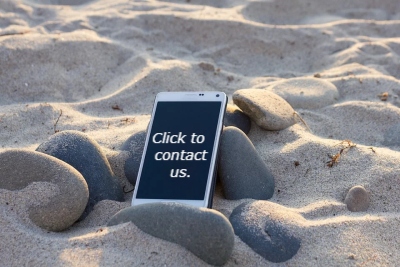 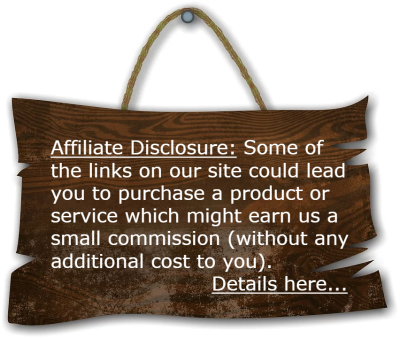